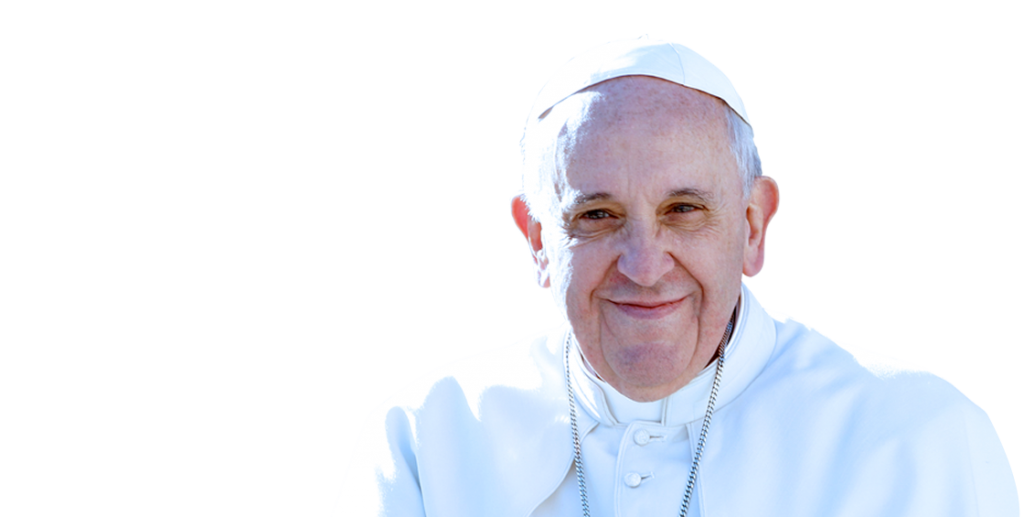 Francis (Latin: Franciscus; Italian: Francesco: born Jorge Mario Bergoglio, 17 December 1936) is the 266th and current Pope of the Catholic Church, in which capacity he is the Bishop of Rome and Sovereign of the Vatican City State. Born in Buenos Aires, Argentina, Bergoglio worked briefly as a chemical technician before entering the seminary. He was ordained a Catholic Jesuit Priest in 1969, and from 1973 to 1979 was Argentina’s Pro- vincial Superior of the Society of Jesus. He became the Archbishop of Buenos Aires in 1998, and was created a Cardinal in 2001. Following the resignation of Pope Benedict XVI on 28 February 2013, a Papal Conclave elected Cardinal Bergoglio as his successor on 13 March. He chose his papal name in honour of Saint Francis of Assisi. Francis is the First Jesuit Pope, the first Pope from the Americans, the first Pope from the Southern Hemisphere and the first Non-European Pope since Pope Gregory II in 741, that is 1272 years ago. Throughout his public life, both as an individual and as a religious leader, Pope Francis has been noted for his simplicity, concern for the poor, and commitment to dialogue as a way to build bridges between people of all backgrounds, beliefs, and faiths. He is known for having a simpler and less formal approach to the papacy, most notably by choosing to reside in the Domus Sanctae Marthae guest house rather than the papal apartments of the Apostolic Palace formerly used by his predecessors. In addition, he is known for prefering simpler vestments void of ornamentation, by starting to refuse the traditional papal mozzetta cap upon his election, choosing silver instead of gold for his pisca- tory ring, and keeping the same pectoral cross he had when he was cardinal. His Motto is “Miserando atque eligendo” which means “by having mercy on him… Jesus elected him”.