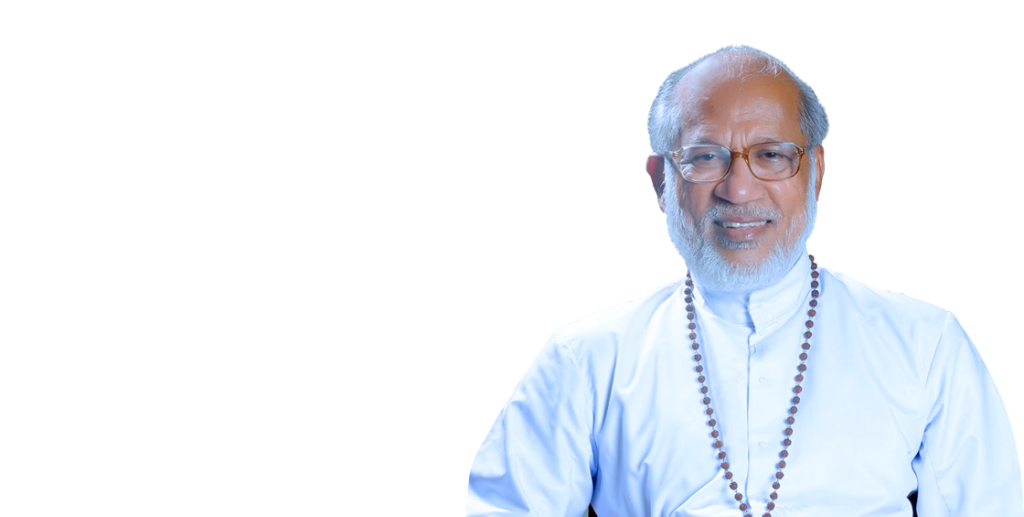 Mar George Alencherry (born 19 April 1945) is the current Major Archbishop of the Syro Malabar Church succeeding Mar Varkey Cardinal Vithayathil as the father and the head of the Eastern Catholic Syro-Malabar Church since his confirmation by Pope Benedict XVI on 25th May 2011. Alencherry was born in Thuruthy, Changanacherry. He was ordained a priest on 19th November 1972. He was Secretary of the Archeparchy of Changanacherry and assistant pastor of the Cathedral as well as Director of “Sunday Schools” in the Archeparchy. He studied at the Pontifical Ecclesiastical Seminary of St Joseph’s in Alwaye and later earned a doctorate at the Institut Catholique de Paris. where he specialised in Catechesis. On his return from Paris, he was appointed Director of the Centre for Catechesis (Sandesanilayam). He then directed the Pastoral Orientation Centre, Cochin, inter-ritual, which depends on the Kerala Catholic Bishops’ Council (KCBC). He served as a professor of Pastoral Counselling and Systematic Theology at the Faculty of Paurastya Vidyapitham, Pontifical Oriental Institute of Religious Studies, Vadavathoor, Kottayam, and at the Pontifi- cal Institute of Theology and Philosophy in Alwaye. He was the Vicar General of the archeparchy of Changanachery from 11th November 1996 until he was appointed the first eparch of Thuckalay and was ordained Bishop on 2nd February 1997. Mar George Alencherry (born 19 April 1945) is the current Major On 24th May 2011 he was elected Major Archbishop by the Synod of Bishops of Syro-Malabar Church. Pope Benedict XVI confirmed the election on 25th May 2011. The Pope created him Cardinal in the consis- tory held in Rome on 18th February 2012. He is the first head of the Syro-Malabar Church to be elected by its Synod. Previously when Pope John Paul II made the Syro-Malabar Church a Major Archiepiscopal church in 1992, appointing Cardinal Antony Padiyara as its first major archbishop, he reserved the power to appoint the Major Archbishop and bishops. However, in 2004, the Holy See granted full administrative powers to the church, including the power to elect bishops.At present Cardinal Alencherry is a member of the Pontifical Council for Christian Unity, Congregation for the Of- ental Churches, congregation for the Doctrine of Faith and International Council for Catechesis.